When you’re caught in traffic, you’ve probably heard the ambulance siren several times. Although everyone prays for the patient’s safety inside the ambulance, the majority of people are unaware of the difficulties associated with an ambulance ride.

If you have a long-term patient who requires daily medical attention, you realise the difficulties of ambulance travel. When a family member or someone you know has a medical emergency, the first thing you do is call an ambulance. This car zips through traffic and gets a critically ill patient to the hospital in time to get them out of harm’s way. The sooner they obtain medical assistance, the better their chances of recovering.

Ambulances give the necessary first-aid to patients in the event of an accident or a catastrophic health condition. Furthermore, they will be able to save the patient’s life the majority of the time. This vehicle is always available to transport a patient safely to their house or hospital, and it is safer than any of your vehicles.

Why Is Diagnostic Testing Important?

Accurate and fast diagnostic tests are critical for doctors to develop effective treatment plans that allow patients to recover as quickly as feasible with as few consequences as possible. According to the World Health Organization (WHO), there are presently 113 key diagnostic tests that clinicians hope will assist improve diagnostic—and thus treatment—outcomes.

For many of us, going to the doctor is generally an indication that something is wrong with our health, and we often put it off until the symptoms become unbearable. Although you may believe that practice is appropriate for something as seemingly trivial as a common cold or a damaged ankle, not every sickness will resolve on its own, and those that do have the potential to be lethal if not treated swiftly.

What is Diagnostic Testing Used For?

As previously said, diagnostic testing is often done to determine the underlying condition that brought a patient to the doctor in the first place. Diagnosis, on the other hand, is not the sole function of diagnostic testing. However, there are a plethora of medical examinations used to identify an even plethora of disorders.

Also Read: The Vital Role of Diagnostic Services in Healthcare

What Are Examples of Diagnostic Tests?

When a clinician suspects rheumatoid arthritis, Scleroderma, or lupus, an ANA test is ordered. When a test yields positive results, additional tests are performed to ascertain the type of antinuclear antibody and the disorders to which it is related.

Amylase testing is used to diagnose acute pancreatitis, digestive system difficulties, kidney abnormalities, and other conditions. Amylase is an enzyme that is produced by the pancreas and the salivary glands. Any anomalies within the pancreas cause it to generate too much or too little enzyme in some situations. Both of these disorders have the potential to create major health problems, therefore early detection and treatment are critical.

The test is carried out by taking blood samples from patients. Urine samples, on the other hand, can be used in some cases.

One of the most popular diagnostic tests for type 1 and type 2 diabetes is a blood sugar test. Type 1 diabetes, often known as insulin-dependent diabetes, is the more common of the two. In this case, the body’s immune system attacks insulin-producing cells. As a result, a shortage of insulin causes an increase in blood sugar or glucose levels. blood-glucose-test.

Type 2 diabetes, often known as non-insulin-dependent diabetes, is more common. In this case, the body initially produces insulin but fails to make the best use of it.

CT scans are a more sophisticated and detailed version of x-rays that are used to create cross-sectional images of bones, soft tissues, blood vessels, and other internal structures. These machines operate by directing narrow x-ray beams through the body and into an x-ray detector located directly opposite the x-ray source. CT scans are critical in detecting interior injuries, fractures, and tumor growth that might otherwise go undetected.

A complete blood count (CBC) is a common type of blood test that examines fifteen distinct blood test values to offer an overall overview of an individual’s health. It is frequently the first test used to evaluate if a patient has an infection or if other causes are causing their symptoms.

A blood test is used to determine the level of CRP component in the body. A CRP test is used to diagnose infection, arthritis, renal difficulties, and pancreatic disorders. High CRP levels predispose people to artery issues, which can lead to abrupt heart attacks.

As a result, choosing for CRP testing as soon as they are suggested is critical to avoiding deadly occurrences. CRP tests are widely available in all diagnostic clinics throughout various places for this purpose.

One of the most effective blood test techniques for determining glucose levels in the human body. Patients with abnormal blood sugar levels should have this test performed at regular intervals. Uncontrolled glucose levels in the body can result in “N” diseases and physical disorders. hba1c-test-medifee

Furthermore, this test is useful in diagnosing heart-related diseases and abnormalities. As a result, people who do not have diabetes but do have heart problems should also have this blood test.

An MRI is a cutting-edge imaging technology that employs magnetic and radio waves to create highly detailed images of organs, soft tissues, bones, and other internal structures without the use of radiation. The ideal method for detecting abnormalities in the brain and spinal cord, particularly the presence of malignancies in these areas, is magnetic resonance imaging (MRI).

PET (positron emission tomography) scans are imaging tests that use radioactive material to diagnose a wide range of disorders. It is used by doctors to detect tumors, diagnose heart problems, brain issues, and other ailments. A PET scan, unlike other scans, provides a view of how the body works rather than just its structure.

A CMP, like a CBC, is a fourteen-part blood analysis that offers information on a patient’s current metabolism, including kidney and liver function, electrolyte, protein, and blood glucose levels, as well as acidity/alkalinity. 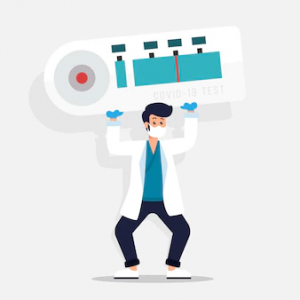 According to medical professionals, early detection can even eliminate certain ailments after they have begun. As a result, if you are experiencing minor health issues, go to the nearest diagnostic centre to be tested. Remember that early detection equals early cure!